Tech Tips - Reducing allergens in your home and on your pet!

5 tips for reducing the allergen content in your home and on your pet
http://www.aaaai.org/global/nab-pollen-counts.aspx 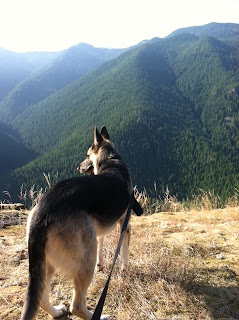 "Cinder" - Why a “multi-pronged” treatment approach to allergies is needed

Cinder, a female flat-coated retriever, became a patient at our clinic in January 2011 after she was adopted from the humane society. She was about 8 ½ years old and had been with 2 previous owners before now. Needless to say there was some change and resulting stress in her life. She had some itchy skin and watery eyes that winter.

As we moved into late spring 2011 Cinder's itchiness continued and she was treated with oral antihistamines and acupuncture. Acupuncture would give her immediate relief but that would wane after about 5 days. She was on regular flea preventative and had no sign of fleas.  At this time Cinder was diagnosed as likely allergy to pollens or “atopy”. The pollens may be from trees, grasses or shrubs. They gain entry into the body through inhalation, but also if the pet licks the pollen from the feet. Some plants can cause skin inflammation from direct contact; this is often seen on the underbelly.

As the weather got warmer her itching intensified and she was treated with oral steroids, which were only moderately helpful.  Because steroid use can be associated with side effects, we switched to Chinese herbal formulas for allergies and used them along with antihistamines and added a fish oil source of omega-3-fatty acids. Fish oil has been shown to reduce inflammation from skin allergies as well as benefit overall health in both humans and animals. Cinder also continued to respond to acupuncture treatments with several days of immediate itchiness relief.

In addition, topical medications that contain steroids were used intermittently; these are not absorbed into the blood stream to any significant degree and can give some extra help controlling itchiness.

Treatment for mild itching continued on into the fall and through the spring. At this point food allergy had to be considered as pollen allergies are normally seasonal. A specially formulated hypoallergenic diet was begun in November 2011.

After she had been on the special diet for about 4 month Cinder's need for additional medication was greatly reduced. We have been able to manage the itchy skin with herbals, antihistamines, topical medicated spray, bathing, and fish oil. 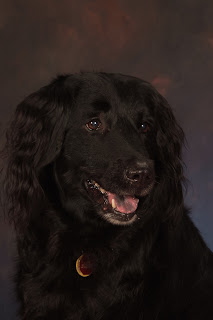 Cinder's case illustrates beautifully the need to “slay the dragon with a thousand tiny cuts”. The fish oil and the medications work together, called synergistic, to provide an enhanced effect against allergies. This combined with acupuncture and herbs allowed the most comfort for Cinder.  Cinder is like many dogs in that often a pet has more than one type of allergy. In her case she is probably allergic to everything (fleas, pollen and food) but we are able to easily eliminate fleas with modern preventatives and lessen the effect food may have with the special diet. Cinder's owner is also instructed to mechanically remove pollens with wipe downs once she has been outside.

As of this writing Cinder's allergies are almost completely under control, or resolved.


Yes, allergy season is upon us, and it doesn't just affect us but our four legged friends as well. There are three main categories of allergies in pets, flea allergies,  pollen allergies and food allergies.

A flea allergy is the most common allergy amongst cats and dogs. It is actually the flea's saliva that a flea allergic dog or cat is allergic to. As a result, in sensitive dogs a single flea bite can cause an allergic reaction.  Symptoms of a flea allergy include hairloss on the backs of thighs, tailbase and rump; chewing or scratching on the back half of body; and flea dirt (the flea's waste product). The best way to prevent an allergic reaction is monthly, year round flea prevention.

Pollen allergies are called Atopic allergies, or atopy for short, and describes an allergic reaction caused by inhaled allergens such as dust, mold, pollen, or even dust mites. This is the second most common allergy in pets and can be seasonal or non-seasonal.  Atopy can present in many different ways, the most common are: itching, licking paws, skin irritation or redness, recurrent ear infections that are difficult to cure and skin chewing.  Although you cannot cure allergies, there are many treatments available such as: antihistamines; fish oil supplementation; topical shampoos, oils and cream rinses; topical antihistamines and anti-inflammatories; acupuncture; oral herbal therapy and diet therapy. In addition allergy testing and immuno-therapy can be helpful. In severe cases immune suppressing drugs must be used.


Max is Whole Pet Veterinary Care's "Featured Pet" for May and June. Just a few months ago Max had a severe reaction and abscess on his front foot. It became necrotic and he was unable to walk. After surgical debriding of wound,

we applied low level laser to the wound bed.The laser dramatically shortened healing time, is anti-bacterial and relieves pain.  In addition the wound was bandaged with a dressing of local honey. Honey is antibacterial and nourishes the healing tissue. All of us at Whole Pet were in awe of how quickly the foot healed.

During the whole process Max patiently and bravely let us perform all treatments. He was sad and painful for a while but now he is back to his happy, cuddly self. We love him so much. He is a pleasure to have at our clinic.

Come visit us at 340 Leslie St. SE Salem, OR 97301. We would love to give you a tour of our clinic and introduce you to our wonderful staff.